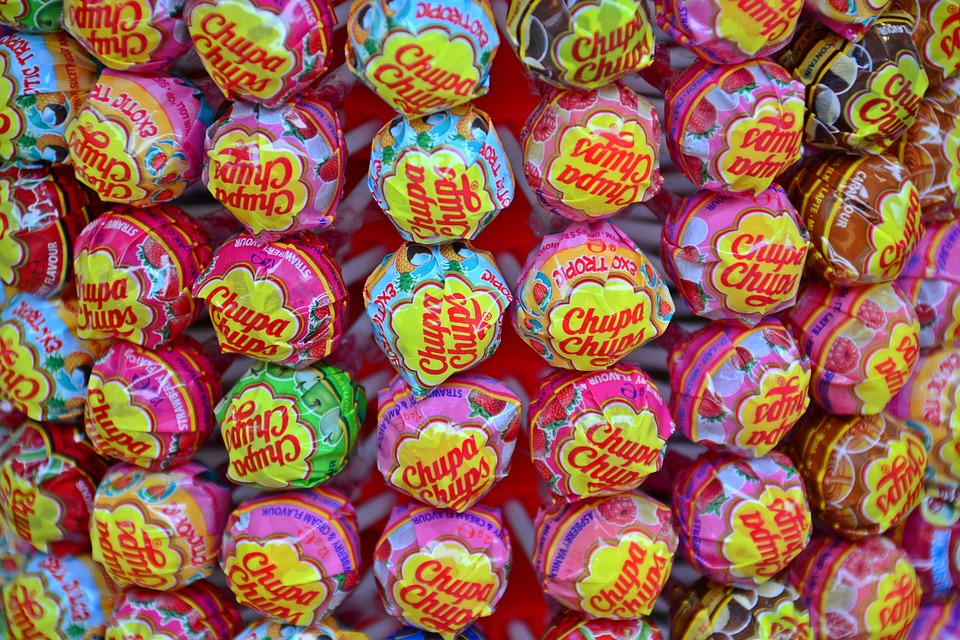 The trademark “Chupa Chups” has been used and registered in many countries around the world. In Thailand, however, Enrique Bernat F., S.A. (the former owner) discovered that similar marks (as shown below right) had been filed for “Candy”, in class 30 by Thai company, European Food Public Co., Ltd., which is also in the confectionery and snack industry.

So, if you were the Chupa Chups’ brand owner, how would you handle this situation?

And, how would you beat this competitor… legally? 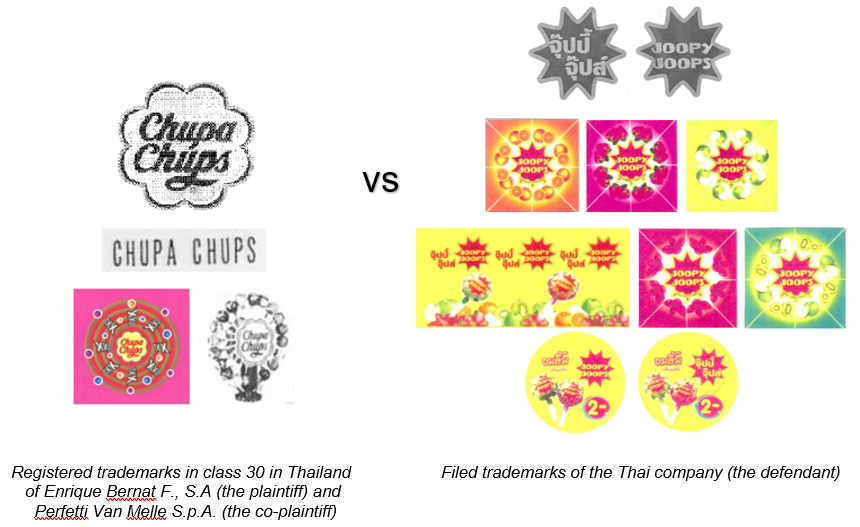 Enrique Bernat F., S.A. (the plaintiff) and Perfetti Van Melle S.p.A. (the co-plaintiff) brought a civil litigation case against European Food Public Co., Ltd. (the defendant), while all of the defendant’s trademark applications were in the examination process at the Thailand Trademark Office, by claiming that the defendant had committed the infringement of their registered trademarks, which were registered in Thailand since 1995. Both plaintiffs also requested the court to order the defendant to:

In the IP&IT Court, the court pronounced its judgment that the plaintiffs’ complaint was dismissed and no costs shall be paid to the plaintiffs.

Both plaintiffs then appealed the IP&IT Court’s decision to the Supreme Court. After thoroughly considering the case, the Supreme Court agreed with the complaint of the plaintiffs and accepted that the closely similar pronunciations between the disputed marks could lead to the public confusion easily (“chu-pa-chups” vs “joop-py-joops”). The Supreme Court also pointed out that the young age of the target consumers for the products in question is directly linked to the level of awareness in consumption, as their ability to distinguish the products are lower than adults.

Although in the end the damages in this case were not as high as what Chupa Chups had requested, being able to eliminate the competitor legally still rendered a sweet ending for Chupa Chups, didn’t it?  Likewise, our advice to you would be to “Stop hesitating, start registering!” if you also would like to taste the sweet flavour of your brand as Chupa Chups did.