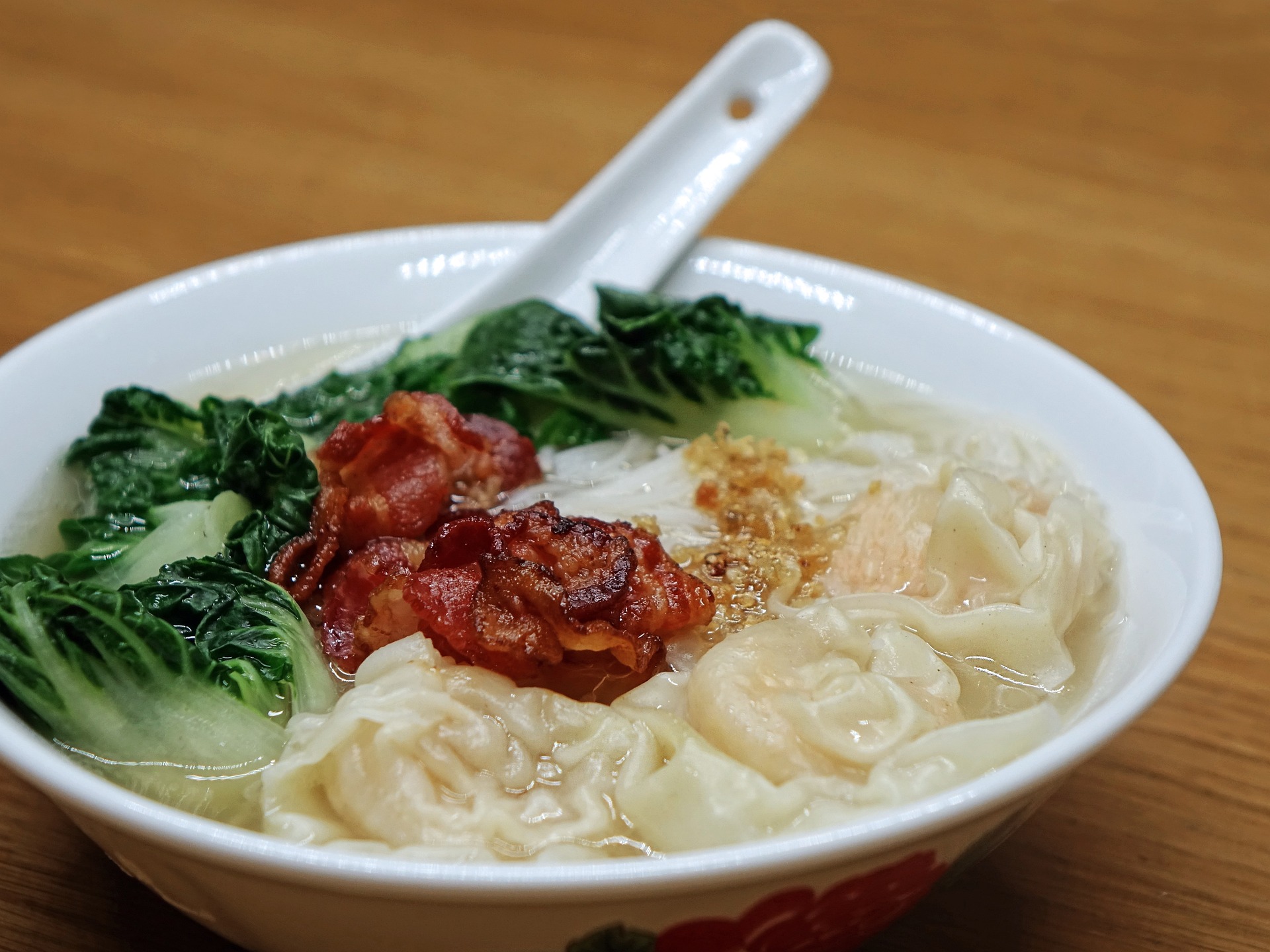 Sometime in the 1980s, 氏. Ng operated his wantan mee (egg noodle and dumpling dish) business under the trademark ”

” and the trade name “Eng’s Hawker Business”. Around 2012, Jason Sim, a businessman customer, approached Mr. Ng and his son Desmond and proposed a collaboration with the “Eng’s Hawker Business” (It should be important to note that Jason Sim is the opponent’s husband). 最終的に, Eng’s Noodle House Pte. (株). (“ENHPL”) was formed in February 2012 as a result of the collaboration. ENHPL operated successfully from 27 2月 2012 へ 28 2月 2018. しかし、, the relationship between Jason and Desmond started failing around 2017, and ENHPL would cease business operations on 28 2月 2018 and become dormant (no business whatsoever).

上の 17 6月 2013, 氏. Ng passed away. In light of Mr. Ng’s death and the souring relationship between Desmond and Jason, Ng Mui Hong (“NMH”), a daughter of Mr. Ng, registered a sole proprietorship as “Eng’s Char Siew” on 8 2月 2017. In or around May 2018, the sole proprietorship “Eng’s Char Siew Wantan Mee Pte. Ltd.” (formerly Eng’s Char Siew) began operation. With the establishment of this new business, there were now two main competing businesses in Singapore selling wantan mee under the “

To succeed on the first ground, the opposition needed to establish three classical elements of passing off:

To succeed on the second ground, the opposition needed to prove the test for bad faith, which involves:

The first element for passing off, のれん, was not met. ENHPL was dormant during the dates of application for the trademarks “

", so no goodwill was attached to ENHPL because there was no business carried on by ENHPL to speak of. さらに、, the Registrar held that the goodwill of the original “

” brand was determined to be owned by Mr. Ng and was licensed to ENHPL.

The second element for passing off, 不実表示, was also not met. ENHPL only used “

” and other relevant trademarks for six years (2012-2018), which is insignificant compared to the time Mr. Ng previously used the aforementioned marks. Both this fact and Mr. Ng and Desmond’s presence at ENHPL and Desmond’s current presence with the Applicant, would likely result in the public associating the trademarks with the Ng family instead of ENHPL. したがって、, the Registrar determined that there was no misrepresentation.

最後に, the third element for passing off, 被害, was not met. This was because any “real tangible risk” ENHPL faced was inconsequential if there was evidence that ENHPL never actually faced damages. Considering ENHPL became a dormant business, they were never damaged in reality. したがって、, the Opponent failed to establish the third element of “passing off.” So, overall, the first ground of the opposition collapsed.

Since bad faith is a serious allegation, it requires substantial evidence and a heavy burden of proof on the part of the accuser. この場合, the Opponent’s arguments were based on inference and resulted in the failure of the second ground of the opposition. など, the opposition failed on all grounds.

Owners should remember to keep track of the ownership of their trademarks. If there are any business collaborations with third parties, clear written agreements should be drafted. さらに、, the ownership and licensing of the trademarks in that business collaboration should be expressly written out. If you require more information on the grounds of opposition or similarity of your mark with an existing mark in the market, kass@kass.asia までご連絡ください。.