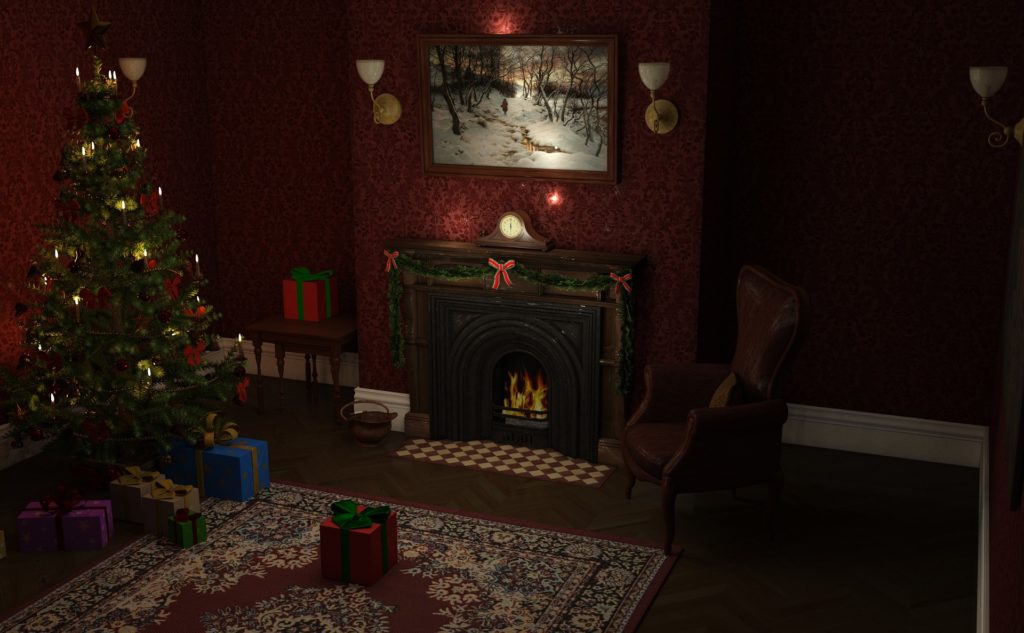 It’s a holiday shared and celebrated by billions of people worldwide, religious or otherwise, so it would be an obvious assumption that nobody truly owns Christmas, right? Not exactly. Many companies have recognised the profitability of the merry season and have taken advantage of it by registering Christmas-themed trademarks.

Let’s take a look at a few examples of trademarks getting into the festive spirit around the world: 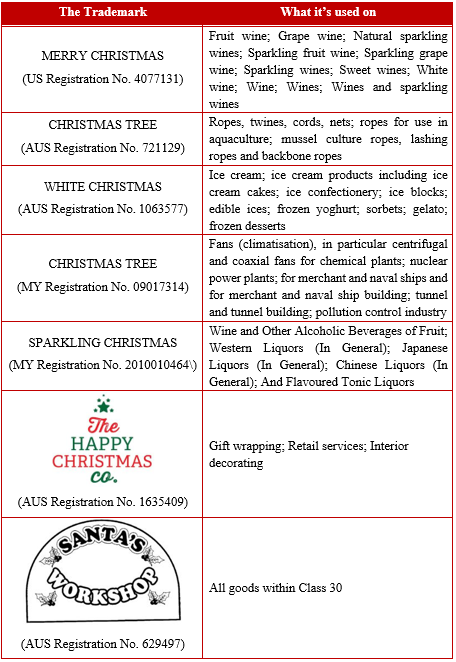 At first it may seem absurd that a single person or company could have ownership over such common phrases and imagery. However, rest assured that these registrations do not invoke all-encompassing control. No one has managed to snag registration of the word “Christmas” alone. Furthermore, those who do have Christmas-themed marks – especially those falling on the more generic side – may only use them within the strict boundaries their registration stipulates. The company that bears the featured trademark MERRY CHRISTMAS on wine, for example, will not be protected when using the phrase on any other product. Nor can they bring action for infringement to anyone expressing the sentiment of a Merry Christmas to their peers.

But how have these trademarks managed to be accepted registration in the first place? Surely they would have been deemed far too generic to attract protection? The answer to this depends on what exactly is being protected. A phrase like “Merry Christmas” is indeed generic and would likely be rejected if a company attempted to register it for the use on goods or services relation to the festive season, such as decorations. On the other hand, when it is used on a product like wine, the trademark falls closer within the classification of an ‘arbitrary’ mark, meaning that the word or phrase, albeit common, is not a direct description of the nature or quality of the product which it is being affiliated with (for example, the use of the trademark “Apple” on computers and “Banana Boat” for sunblock).  In this manner, companies can take advantage of popular words and mannerisms without fearing rejection.

Nonetheless, it is probably not the wisest idea for businesses to gravitate towards Christmas or holiday themes when selecting their next trademark. Whilst it is only natural to want to connect with something already so widely recognised by the public, it may have the adverse effect of making a brand less memorable as consumers are more likely to conflate. The strongest (and easiest to register) trademarks remain to be those deemed as ‘fanciful’ – where the word or phrase is entirely made up and did not have a prior meaning (think IKEA or Xerox). Christmas already has a special place in people’s minds and hearts; let your trademark shine on its own.