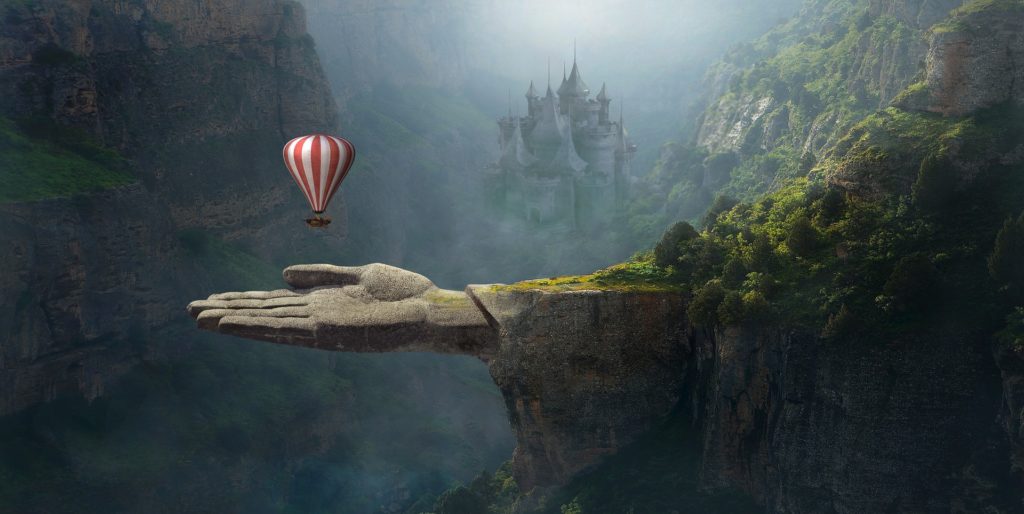 Who would have thought that in 2021, wearing a mask would actually be a part of everyday life? A new norm that some people are still having trouble adjusting to. If someone wore a mask for 12 hours back in 2010, people would say he was peculiar. Little did we know that just because we find it strange, it doesn’t mean it is wrong. No, no, no. It simply means he is unique in his own way or perhaps even ahead of his time. Just like the following inventions – strange but unique and serves a purpose, for sure! 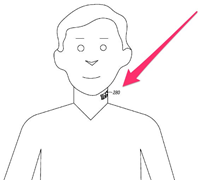 Back in 2012, Motorola Mobility Inc (which then merged with Google) filed a patent application titled “COUPLING AN ELECTRONIC SKIN TATTOO TO A MOBILE COMMUNICATION DEVICE” under application number US2013297301A1. William P. Alberth, Jr. invented this tattoo (a sticker, actually, with an adhesive strip) as an auxiliary voice input to facilitate communication via a mobile device, with background noise-reduction qualities. But that is not the exciting part. What makes this invention the talk of the town is that the “tattoo” can optionally have a display that lights up based on your skin resistance. The patent reads “It is contemplated that a user that may be nervous or engaging in speaking falsehoods may exhibit different galvanic skin response than a more confident, truth telling individual.” Try to picture this, you (the device user) will have a “tattoo” on your neck that tells on you when you are lying. It may compel people to be more truthful, but we’re not sure if this device will have the support of married couples. Sadly in 2015, this patent application was abandoned.  Some trivia, this device is not only for humans. With this device, you will no longer have to wonder whether your pet loves you or not. 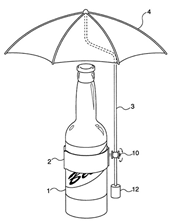 I used to think that the little umbrella in most beach-themed drinks was simply there for decoration. Never knew that it was a close cousin to a unique invention called the beerbrella! In 2003, Mason Schott McMullin, Robert Platt Bell and Mark Andrew See had been granted a patent under Patent No. US6637447B2 for an invention corresponding to the beerbrella. Just like a normal umbrella protects human beings from direct sunrays, the beerbrella claims to do this as well, except it provides shade for beer and other beverages by adjusting the angle of the beerbrella. This prevents the sun from spoiling your drinks! From a commercial angle, this invention can be used for merchandising and promotions, and it makes a great gag gift to your friends who love to drink. Who says patents have to be serious or complicated? Take a look at this invention, simple, funny, lucrative and definitely unique. I certainly won’t take that tiny umbrella for granted anymore as it has a relative i.e., beerbrella that has been granted (pun intended)! 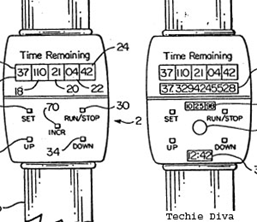 Last but not least, this invention may be a little outdated or old school but it is unique and strange as well! If you’ve watched the film “In Time”, starring SexyBack singer Justin Timberlake and Mamma Mia’s Amanda Seyfried, then you may have an idea about where this is heading. If no, let me fill you in. This life expectancy watch was granted in 1991 under Application No. US5031161A, and its function is to tell you how much time you have left. Yes, you read me right, this watch literally will tell you approximately when you are going to die. The inventor quotes “Life expectancy has been a major concern of people throughout the ages. This actuarial table data is based on a number of factors, such as overall health of the individual, whether a person smokes cigarettes, consumes excessive alcohol, and genetic factors such as family histories of known diseases and recorded lifespans.” Basically you will program the watch by answering a few questions about your “unhealthy” lifestyle and the watch will do the calculation based on that data. On top of that, your remaining time will be displayed in years, days, hours, minutes and seconds. It even has an alarm that reminds you of “the day”. Now this, for me, is a winner for strange but unique inventions! If people look at it in a positive way, since you know when you will die, you won’t take this life for granted and good deeds will be plentiful.

Jokes aside, when it comes to patent rights, an invention does not necessarily have to be big or complicated or even scientific. Some inventions are as simple as they should be. As long as they meet all three criteria for an invention to be patentable – Novelty, inventive step and industrially applicable. In other words, a patent has to be one in a million and serve its purpose. Just like all of us human beings in this world. We are one in a million, unique in our way and have our own purpose in this life.

So, to inventors or soon-to-be inventors who are brimming with ideas, if you think your invention is strange or not normal, don’t give up on it because that invention might be one in a million! Should you need any assistance with that, we at KASS are keen to help you and get your invention patented. Don’t hesitate to reach out to us at kass@kass.asia!