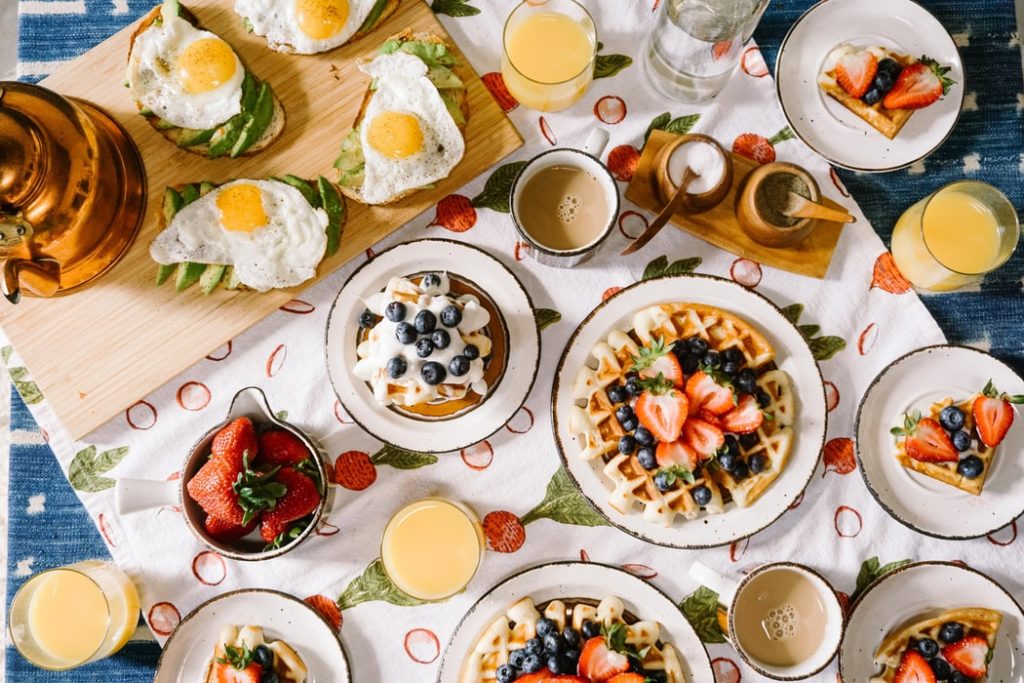 First you look at it, next you smell it and then you take a bite of it. For centuries, consumers have picked their food based on how good the food looks, smells and tastes. In recent times, in addition to these criteria, consumers have become more and more concerned about their own health when it comes to choosing their food due to the growing awareness on the correlation between health and diet. As we entered the 21st century, health conscious consumerism quickly became the new trendsetter which spread across the whole world.

Consequently, food and beverages companies need to be constantly innovating in order to keep up with the changing consumer trend and demand for variety of functional foods, i.e., foods, which have additional positive effect on consumer’s health. F&B companies face multitudinous challenges in their quest to develop a new functional food and converting it into a marketable product. Simultaneously, the journey to create a desired functional food that meets consumers’ demands, consumes a huge amount of time, resources, energy and money.

However, do the F&B companies employ sufficient protection for their food related research and development? In the absence of a good defensive weave around their R&D, one company’s sweat can become another company’s glory.

Patents are a strong defense for food companies to prevent their claimed functional food from being copied, sold, manufactured, offered for sale or imported without their permission. In addition, patents can be an investment or valuable asset for a food company as it can be sold or licensed to other company.

Mining patent databases for functional food related trends revealed a significant connection between the number of patents related to functional food and awareness in a health-conscious diet. Foods comprising probiotic microorganism (good bacteria) or prebiotic components are classified as functional food as they have beneficial effects on human health such as enhancing gastrointestinal health and mineral bioavailability. Until we entered this millennium, there was no noticeable or consistent rise in the number of patents related to probiotic function foods. As we stepped into the 2000s until now, the number of patent publications related to probiotic function foods has had a rapid increase simultaneously with the increase of awareness in a health-conscious diet. 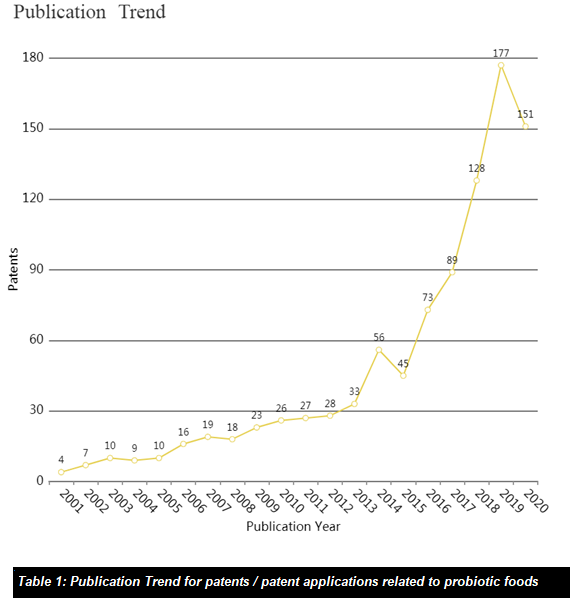 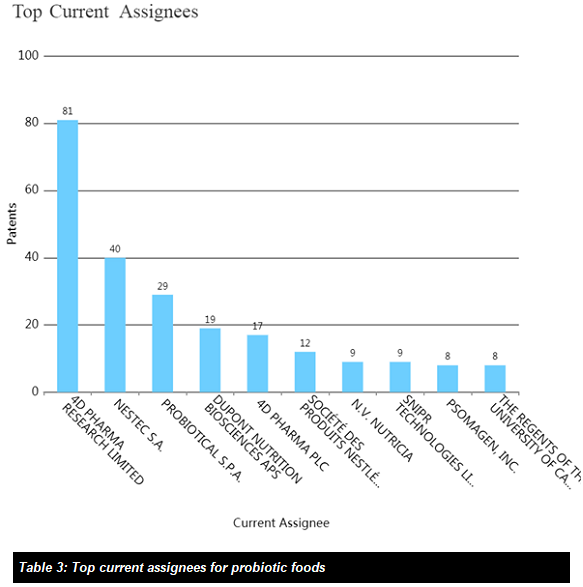 UK-based 4D pharma is a world leader in the development of Live Biotherapeutics. They are pioneers in understanding and utilising the functionality of bacteria for developing therapeutic solutions. They are also the name behind Phase II Clinical Trial of Oral Immunomodulator Mrx-4Dp0004 for patients hospitalised with COVID-19 in the UK.

Nestec S.A needs no introduction as it is the commercial research and consulting wing of Nestlé S.A. Probiotical is an Italian family-owned company specialized since 1985 in probiotics manufacture. They have been the Italian leader in preparation and production of lactic acid bacteria for dairy industry for more than 60 years.

Patent protection (as opposed to trade secrets) would be the best type of protection for functional food due to the food labelling regulations in most countries that require the packaged food to be supported by nutrient content information. This way, consumers are well-informed of the choices they are making.

Should you be in the food and beverage industry, speak to us at KASS on how you can best protect your invention on foods and beverages. Remember, COVID-19 brings forth opportunities that you may be losing out on. Food for thought. Pun intended.