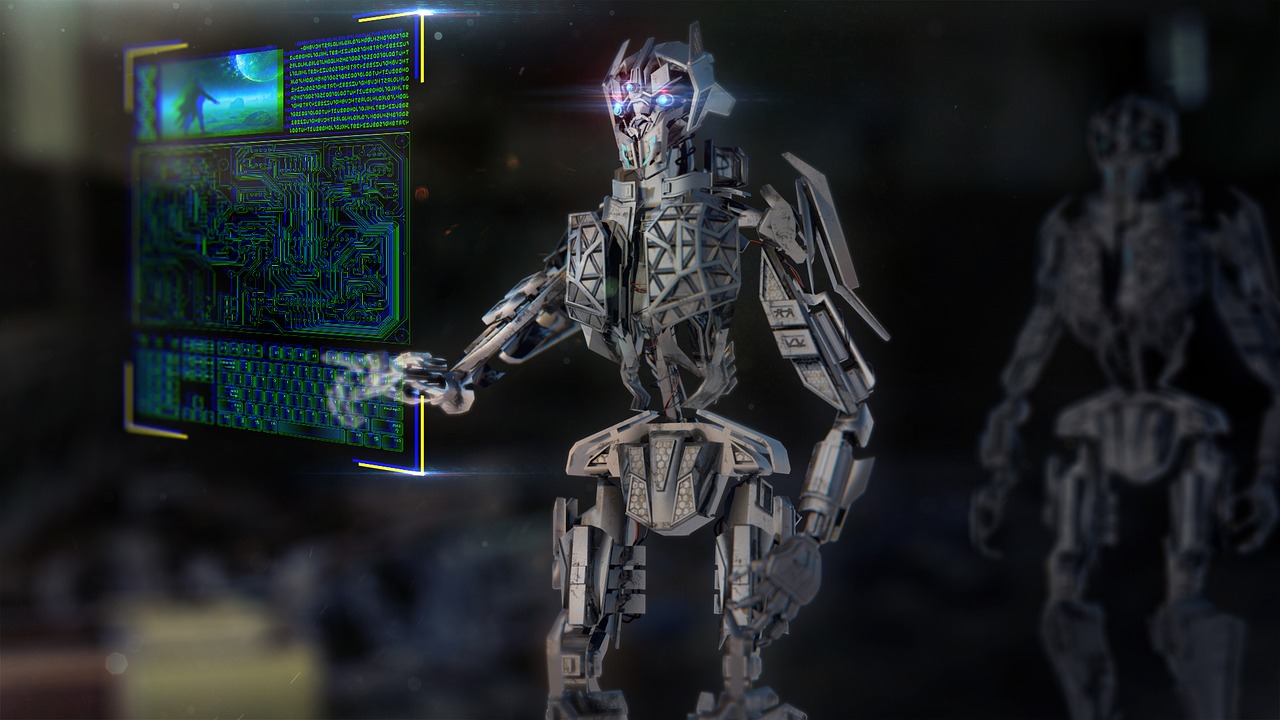 Remember how we used to be awed by robots when we were kids? Growing up watching futuristic movies like A.I.: Artificial Intelligence, I, Robot, Ex Machina (English movies); Enthiran and its sequel, 2.0 (Tamil movies), I used to wonder what the future would be like when we co-exist with advanced technology.

Fast forward to 2021, we just need to look around to see Siri, Google Assistant, Alexa and many more artificial intelligence (AI) systems out there, assisting us with our daily lives. Want to make a call? Set an alarm before bedtime? Play soothing music while you sleep? They do it all for you, with a simple voice command. Let’s not forget Sophia, the famous humanoid robot created by Hanson Robotics, that has now become a viral sensation and icon.

Recently, an invention related to a “food container based on fractal geometry” was granted a patent by the South African Patent Office. The invention involved interlocking food containers to make them convenient for robots to grasp and stack. And guess what? An AI system called DABUS was listed as the rightful inventor for the food container as the invention was completely devised by the AI system.

DABUS stands for “Device for the Autonomous Bootstrapping of Unified Sentience’, which is an AI system created by Missourian physicist, Stephen Thaler, a known innovator in the fields of AI as well as programming. This system simulates the capability of human brainstorming and can create new inventions.

DABUS is a particular type of AI known as a “creativity machine” due to its ability to function independently and perform complex operations. This makes it distinct from everyday AI such as Siri and Google Assistant. Thaler, during an interview, described DABUS as being human-like wherein it is perceptive and develops ideas.

Creativity machines can process and analyze data using machine learning. Once the machine learning phase has occurred, the machine is able to create something without any form of human intervention. Prior to developing DABUS, Thaler had also built another AI that created a sheet music, and the same AI was credited for inventing a cross-bristle toothbrush design that was granted patent rights.

South Africa’s decision on granting patent rights to an AI invention received a lot of criticism from intellectual property experts, with some labelling it as a “mistake” or an “oversight” by the patent office. The critics also argued the decision is incorrect as AI lacks the legal standing to qualify as an inventor. Also, since the country does not have a substantive patent examination system, the significance of the acceptance may not be as relevant as it would be in other jurisdictions.

The food container patent application was rejected by patent offices around the world except South Africa due to the naming of AI as the inventor. The United States Patent and Trademark Office (USPTO) and the European Patent Office (EPO) rejected the invention during the formal examination phase on 3 bases:

In the US, Thaler argued that for these particular AI-devised inventions, no natural person meets the criteria for inventorship under the current statutory and regulatory scheme. He added that allowing patents for AI-generated inventions will incentivize further development of inventive machines and that the failure to do so will allow individuals to take credit for works that they did not do. Additionally, Thaler also argued that the notion of “conception” does not necessarily exclude AI systems.

Following South Africa’s footsteps, the Australian Federal Court reversed the Australian Patent Office’s rejection wherein the judge issued an opinion outlining why Australia’s current statutory framework could be read as permitting the issuance of patents for an invention that is invented by an AI.

The judge also made general observations, stating that there are no provisions that explicitly refute an AI to be named as an inventor and that the patent law does not require a human author (unlike copyright law).  However, the judge also ruled that a non-human inventor cannot be the applicant of a patent. The judgement places Australia as the first country to judicially accept AI as an inventor.

Perhaps, in the near future, machines will be more “human-like”, with evolved emotions, consciousness, creativity and intelligence, leading to the creation of newer inventions with their superintelligence that will be able to change the world (in a good way). We opine that Thaler is right in that allowing patents on AI-generated inventions will incentivize further advancement of inventive machines. However, having the AI system named as an “inventor” should be sufficient. The person or corporation that created that AI system or the person or corporation that has acquired the rights to use the AI system either through a license, assignment or sale and developed a new invention therefrom, should be the applicant/owner of the patent who can exercise all the monopolistic rights patent owners benefit from.