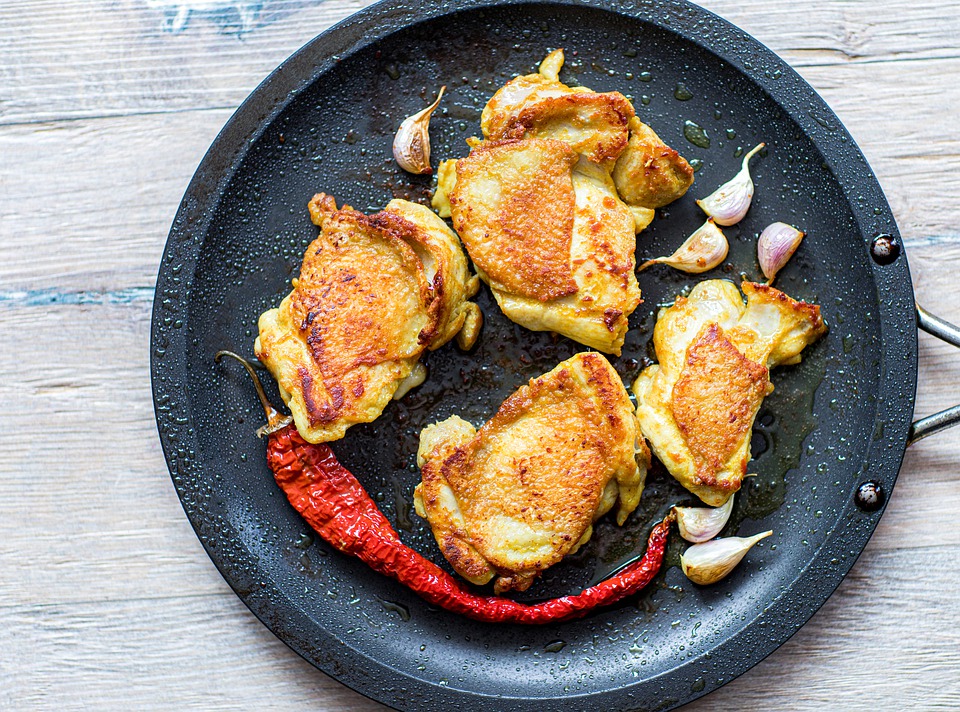 Indonesians love chicken. Delicious traditional or fusion chicken dishes can be found easily and everywhere in Indonesia. Many of these dishes are very affordable so everyone can enjoy them. Interestingly, even fast-food giant McDonald’s has claimed that sales of its fried chicken exceeded its burger sales in Indonesia.

Indeed, the popularity of chicken dishes among Indonesians is a good business indicator for entrepreneurs considering getting into the F&B business in Indonesia.

Benny Sujono is one of the local culinary entrepreneurs that tried his luck in using a chicken dish as the focal point of his business. Mr. Sujono established a company named PT. Ayam Geprek Benny Sujono. He branded the product as “I AM BENSU” and filed the mark “I AM GEPREK BENSU SEDEP BENEERRR & Logo” or “

On a side note, chicken is translated into “ayam” in the Indonesian language. The pronunciation of “I AM” is similar to “ayam”. Bensu is the abbreviation of Benny Sujono. “Geprek” is an Indonesian term for pressing and crushing the chicken. So, “Ayam Geprek” is a crispy battered fried chicken crushed and mixed with Indonesian hot and spicy sauce known as “sambal”.

When Mr. Sujono established his business, he realized that finding a way to successfully promote the business was extremely important in order to be compete with possibly thousands of other Ayam Geprek sellers.

In the beginning of 2017, he asked Ruben Samuel Onsu or Ruben Onsu, an Indonesian celebrity and famous TV presenter in Indonesia, to be the brand ambassador of his business. It appeared that Mr. Sujono made a good choice, as after Ruben Onsu was appointed as the brand ambassador, his business grew rapidly, with 47 outlets set up within three months.

However, all was not smooth sailing. In August 2017, Ruben Onsu ceased working with Mr. Sujono. He established his own brand “GEPREK BENSU”, selling Ayam Geprek, and did not stop there – he then made the surprise maneuver of turning against Mr. Sujono.

Ruben Onsu demanded that Mr. Sujono stop using his mark “I AM BENSU”, as he claimed the mark was his own. Ruben Onsu then sent two reminder letters addressed to Mr. Sujono, before filing a lawsuit against Mr. Sujono, arguing that “Bensu” is identical to the name of famous person, which in this case, is himself – Ruben Onsu. He thus claimed that he was the rightful party to the exclusive use of the “Bensu” name.

But who exactly is the rightful party? After all, both of them have names that are related to BENSU, i.e., Benny Sujono and Ruben Onsu.

Long story short, Ruben Onsu lost in his case against Mr. Sujono. Even the Supreme Court, Indonesia’s highest court, ruled in favour of Mr. Sujono and ordered that the Directorate General of Intellectual Property (DGIP) cancel all of Ruben Onsu’s marks containing “Bensu”.

Lessons to be learned from this case are:

Lastly, always consult an IP expert to ensure your trademarks are adequately protected. We at KASS can help and provide end-to-end IP protection in Indonesia, the Southeast Asia region, and all over the world.